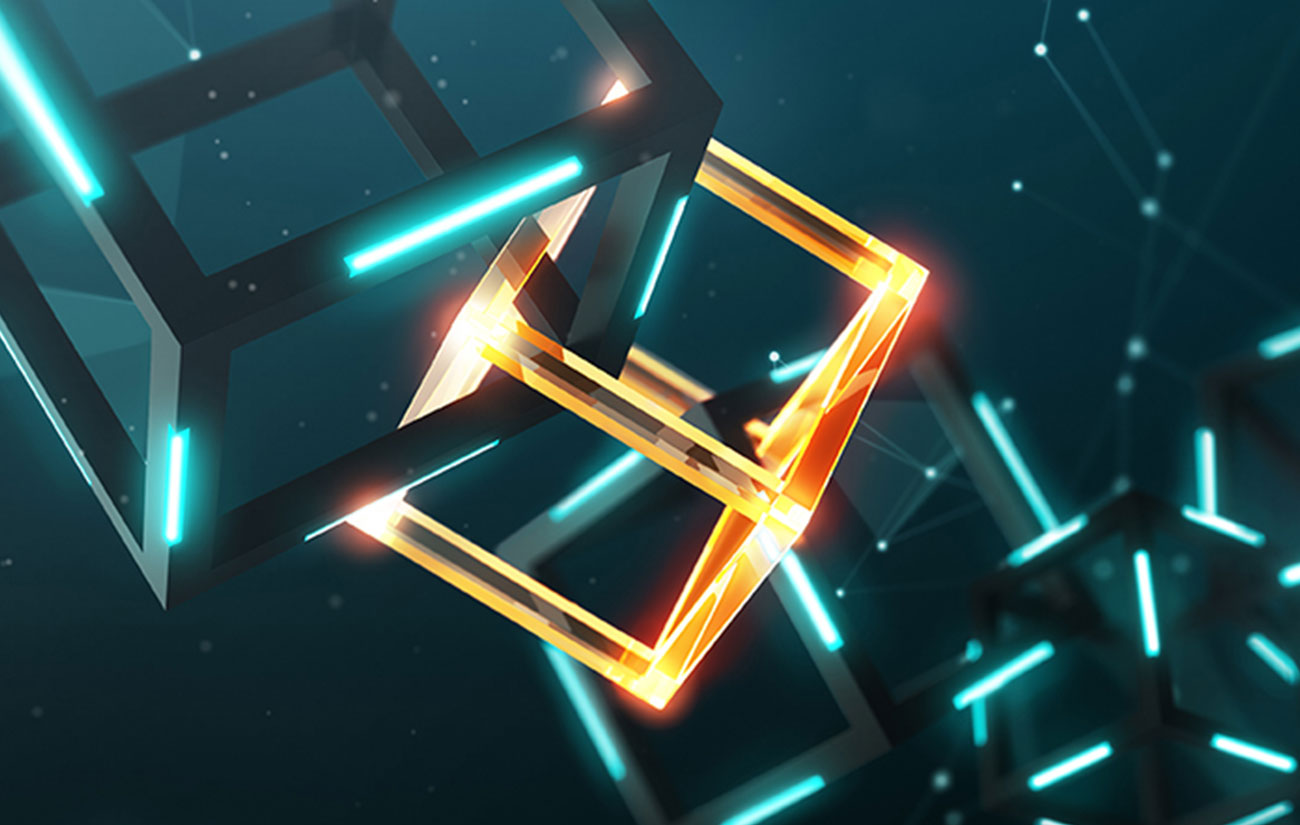 A Deloitte survey finds that many executives now see a compelling business case for the distributed ledger technology—and view it as a source of competitive advantage.

For blockchain, the future is now.

The distributed ledger technology first gained prominence years ago as the backbone of bitcoin, the pioneering crypto-currency. But while the digital currency’s value has fluctuated, blockchain’s potential as a groundbreaking technology for business, capable of slicing through layers of inefficiency, is gaining momentum.

In Deloitte’s 2018 global blockchain survey, which drew responses from 1,053 executives across seven countries, 74% reported that their organizations see a “compelling business case” for using blockchain technology. Fueling that interest is a growing awareness of the value blockchain can drive as a platform that integrates operational processes such as supply chain, customer/channel operations, and service with finance processes. In doing so, the technology may replace today’s siloed approach to transaction processing, with its multiple handoffs and time-consuming data entry and reconciliations.

In addition to driving significant efficiencies and cycle-time reductions, blockchain provides full end-to-end transparency across operations and finance, enabling predictive operational insights and opportunities to optimize working capital. Ultimately, blockchain can take time and costs out of many processes, enabling near real-time operations.

Now is the time for CFOs to act. In Deloitte’s global blockchain survey, more than two-thirds of respondents say their companies will lose a competitive advantage if they do not adopt blockchain.

Put simply, a blockchain serves as a distributed, shared ledger that can be integrated with the existing applications (ERP, order entry, etc.) of one or many trading partners. On blockchains for business, participants are invited to join, and their identity is controlled with cryptographic keys. Before any financial transaction is updated to a blockchain, its validity must be verified by the participants through a consensus protocol. Each piece of data in a block is encrypted and each block is linked to the prior block with a unique identifier (a “hash”). Transactions recorded on the blockchain are updated almost simultaneously and distributed across the network of participants’ computers, with each having an exact copy. If anyone tries to modify data in a block, the hash notifies participants.

Blockchain can also execute rules for processing a transaction by means of pre-agreed “smart contracts,” which are business rules converted into computer code. Once the parties have agreed to certain conditions, the contract consists of self-executing code on a blockchain that automatically implements the terms of an agreement between parties. The arrival of a certain shipment at an agreed-upon day and time, for example, triggers an immediate message from the customer to the supplier—notification that the payment process has been initiated.

The technology has several key attributes that make it uniquely suited to enable direct and trusted interaction between two business trading parties. Those characteristics include:

As finance grows increasingly automated and digitized, blockchain will reach deeper into finance operations and increase in strategic importance. As noted in Crunch time IV: Blockchain for Finance: “Business blockchains can operate as standalone solutions, but the value realized increases significantly when they’re combined with other technologies, such as automation or artificial intelligence, to reimagine an entire end-to-end process.”

Blockchain can be used to remake a wide range of finance processes: intercompany transactions (when there are multiple ERPs), procure-to-pay, order-to-cash, rebates, warranties, financing (such as trade finance, letters of credit and invoice factoring). Any place paper piles up offers an opportunity for blockchain to move in and knock it down.

For example, using blockchain as a transaction platform for a supply chain can improve performance. Companies connected to blockchain-powered platforms can boost the efficiency of traditional letters of credit, which require an abundance of documentation and time. The back-and-forth transaction, conducted among parties on a shared platform, could conceivably be completed in hours, compared to the five days a paper-based system devours. Blockchain can also reduce the cost and friction involved in repetitive finance tasks, cutting both errors and delays. In a typical accounts payable or receivable function, an inordinate amount of time can be wasted reconciling the supplier’s data with that of the buyer. Having both parties share access to a single source of truth can eliminate such inefficiencies.

By providing a single source of truth—certified by all participants involved—blockchain eliminates the need to continually confirm that the transaction record on one CFO’s screen matches that of his or her counterpart’s on the other side of a deal. By giving finance leaders a real-time picture of a given financial situation—even an intercompany transaction, which involves such shifting components as tax laws, exchange rates, and compliance requirements—blockchain equips them to improve their decision-making.

Beyond its impact on any individual organization or function, blockchain may ultimately disrupt paper-clogged industries, such as health care and insurance. At this point, the earliest rumbles of those upheavals are now barely audible. Among respondents to the 2018 global blockchain survey, 84% say that blockchain will eventually reach mainstream adoption. Yet, half of the respondents reported that blockchain is either not among their organization’s top five strategic priorities (29%) or not a strategic priority at all (21%).They are choosing to take a wait-and-see approach, likely because they can’t figure out where to start.

For now, CFOs should consider beginning the journey with a few steps that can provide them with a better understanding of the technology. From there, they can identify and prioritize the finance pain points that the technology could potentially address.

Here are a few steps for CFOs to consider:

1. Assign a blockchain champion. Blockchain should be a business-led initiative, requiring strong sponsorship and leadership provided from the ranks of finance executives. The designated leader can assign a few junior resources to study the ever-growing body of literature about blockchain. While doing so, they can start to envision how the various functions might benefit from implementing blockchain, identify value drivers, and build business case frameworks.

2. Invest in talent. Pull together a focused cross-section team from supply chain, customer/channel operations, service, and finance to identify and prioritize pain points that could be targeted and develop a hypothesis around how the use of blockchain will solve the business problem. Make sure this group represents professionals from both the functional and technical teams within the ecosystem.

3. Forget the technology. Focus on how blockchain will potentially disrupt or shift your operating model. The process involves understanding the transformative nature of blockchain, then talking with customers, suppliers, and C-suite peers to identify potential use cases. Given that blockchain’s value proposition relies on multiparty transactions, select external partners who share the business challenge you are focused on and are therefore likely to be receptive to participating sometime in the future. Internally, engage your C-suite peers in the ongoing journey. Since blockchain validates data at the source, it will set a new standard for data integrity that can be applied across the enterprise—ultimately redefining core processes.

4. Think big, start small, and iterate often. Understanding the “art of the possible” is creating a lot of excitement, but where to start? Blockchain’s capabilities may be put to more efficient use in the external world, but as an introduction to the technology, it may be best to focus on an internal issue, such as intercompany transactions. This can provide the opportunity to safely learn more about the technology, gain experience in solution design, and acquire confidence from doing an implementation. Then, the team can leverage its knowledge of, and experience with, blockchain in the outside world.

5. Launch a pilot. Having identified finance pain points, select a use case where blockchain will likely produce a real return on investment. Track the results, especially transaction times and costs, to judge the technology’s suitability for larger-scale iterative processes.

For CFOs, blockchain is one of many tools that can reshape the finance function process by process. Like artificial intelligence, machine learning, predictive analytics, and big data, blockchain has matured to the point where it’s unwise for finance leaders to hesitate. Only by gaining a practical understanding of blockchain now can CFOs position finance to fully realize its benefits by the time it reaches the mainstream.

Some banks are actively rethinking how blockchain can enable them to reinvent various forms of financing such as trade finance, letters of credit, and invoice factoring.

For example, earlier this year, JP Morgan Chase became the first bank in the country to launch its own blockchain-based digital currency. JPM Coin is designed for use strictly by the bank’s clients, who can leverage JP Morgan’s permissioned blockchain to transfer payments between institutional accounts almost instantaneously. Any money exchanged over blockchain is converted into digital tokens, with each JPM Coin valued at one dollar.

The digital currency should enable the bank to reduce risk, save money, and improve efficiency in business-to-business payments. And while JPM Coin operates on Quorum, the bank’s own blockchain, it is also compatible with all standard blockchains.

Theoretically, that means that the JPM Coin could eventually be made available to consumers. While there are no announced plans to do so, the token’s introduction represents a significant—and surprising—step.